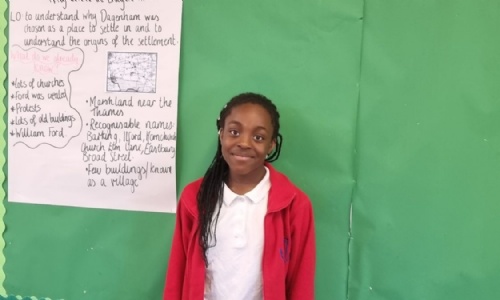 This week, Rebecca Hassan recounts her learning in history

In history, Year 6 are learning about Dagenham's past. We have already discovered that the Anglo-Saxons were the first people to settle here and that the name is developed from Daecca's Ham - meaning Daecca's home. We learnt that ham means home or settlement. Dagenham used to be a small village; it has evolved over time. The Anglo-Saxons used boats as transport and they would have arrived from the River Thames. The land that we live on is close enough to the Thames but far enough away to stop it being marshland. We are really looking forward to finding more out about the history of Dagenham.